On 3rd of March of 2014 this tweet from Ellen Degeneres became the  the most retweeted in history dethroning Mr. Barack Obama. It currently has 3.338.970 RT’s and 2.162.549 favs (remember the Twitter likes ❤ were not born yet) and I personally loved this selfie, packed with well known Hollywood stars like Jennifer Lawrence, Meryl Streep, Julia Roberts, Brad Pitt, Lupita Nyong’o, Angelina Jolie or Kevin Spacey (and other super celebrity you will see if you continue reading). 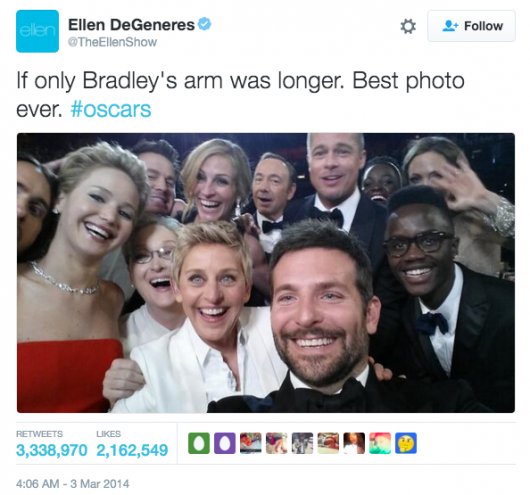 It seems like Liza Minelly also tried (with no luck) to appear in the selfie as we can see. #poorliza 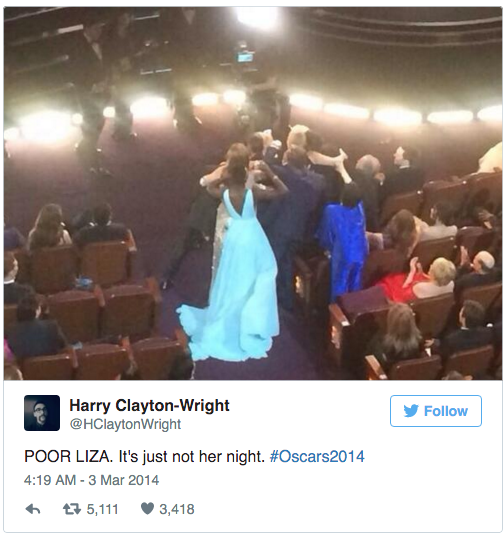 Besides the numbers, I would like to tell you why this tweet is one of my favorites all time: it contains everything that a tweet needs to be to be great: immediate, natural, fun, with added value (it reveals something one couldn’t see while watching the ceremony) and on top of that, it’s a selfie!

“How much Samsung is paying for this?”

Until Ellen’s take over, the most RT tweet in history was the well known Obama‘s “Four more years”, taken the 7th November of 2012 after he was re-elected. Cute picture isn’t it? That’s a key factor. I’m sure that embrace was a pure act of love but truth is it definitely caught our attention. 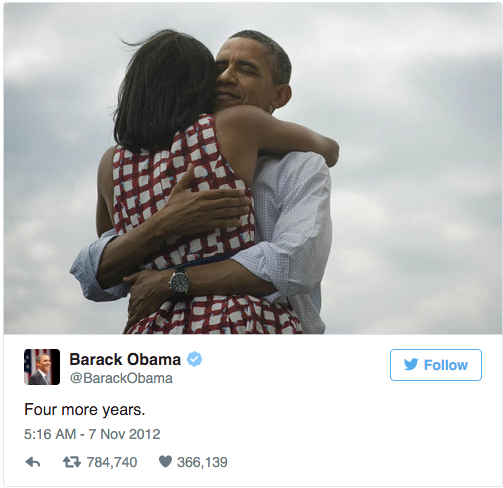 Another famous celebrity tweet was made by Glee and Scream Queens star Lea Michelle, who on 2013 made this tweet after the death of her boyfriend Cory Monteith reaching the 367.947 RT’s. 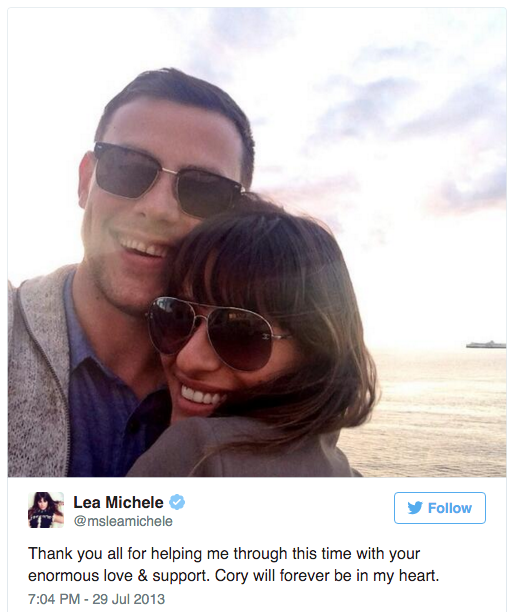 I think that a perfect tweet should always contain a picture or a gif – must be visual. My key takeaway? And old saying: a picture is worth a thousand words. Is not only that tweets with pictures get 5x times higher engagement than those without but it also adds value to what you are saying. Due to the limited characters that we can use in a tweet, having an image or a video that can develop a little bit more the message can be useful. This added value doesn’t comes for free and the image added takes 24 characters out of the 140 you initially have but I have read that soon Twitter will stop that and images and links wont take more characters from you already limited space. Cool right?

What about you? Do you include pictures in your tweets? Do you have a favorite tweet? Don’t hesitate to tell me!