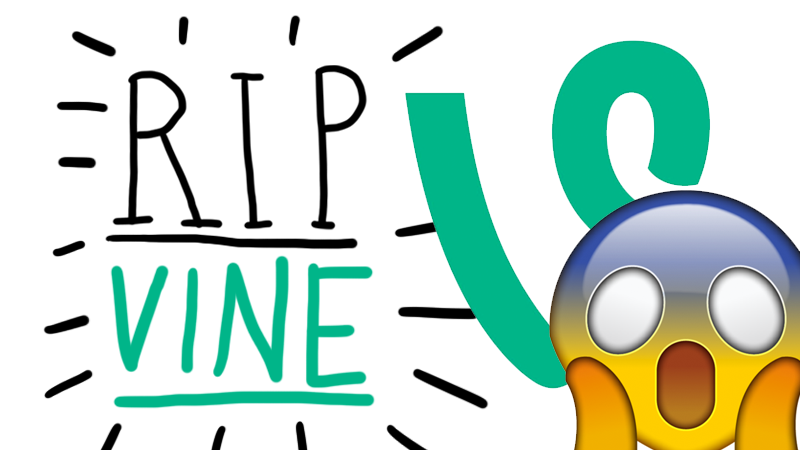 Vine starts first reactions to the shut down

Twitter announced some hours ago that it is going to close the video sharing social network Vine. Nooooooo :(. The announcement comes just some hours after they said they are going to cut 9 percent of its staff worldwide but if you wonder how the biggest stars on Vine have taken the news, just continue reading or if you only care about what I think about it, skip the drama and go until the end.

We have some important news to share about Vine. Read more here: https://t.co/jPveGelXgS

Poor people. I feel sorry for them! I think this are really sad news for the social media world and the social media enthusiasts like me. Vine created a new format that has proved to be very successful. The limited time that the viners, the content creators, had to express something forced them to communicate the core of the message and I think they have done it brilliantly. All of them. Not only them but also many brands and media were forced to create content in the same short way. In my opinion, Vine has contributed to the development of the modern storytelling and it will always have my respects for that. I would even go further. I think Vine is the origin of all those videos from newspapers and other media that have populated Facebook and Twitter over the last year ( and I love btw). Is the same logic. Short, straight to the point, easy to digest and shareable. Of course is not the end of the world! The people will continue creating content in the same way, the Viners and the brands will continuing doing so on Instagram and Snapchat and the most famous will continue doing money.

My mom and more hundreds of millions of people on Earth will continue doing their life without knowing what Vine was (or Fotolog, which hurts me even more) (RIP Fotolog). So it’s all fine. Just sad 🙁 Specially now that me and my frenchie Bruno started to get some recognition as content creators (finally). After many vines created with no success, I got my first +100k loops vine! But don’t worry, we will also survive!

How do you feel about it? Are you sad? You couldn’t care less? Let’s chat!