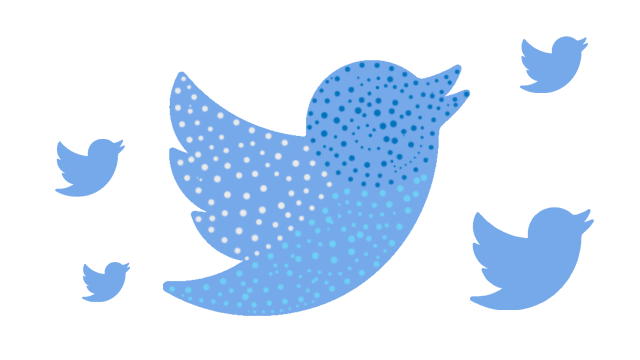 What have most popular tweets in common?

What is then the ultimate ingredient for the perfect tweet, the one that opens the door to another dimension? The 5th movement! (hello The OA fans!) Well, this is tricky. First of all, be fair with yourself or your brand. We have to assume that we are never going to have that amount of RT because that requires a huge amount of followers as an almost mandatory condition. This doesn’t mean that you cannot have very successful tweets nor that big accounts get many RT just for being big. With that in mind, the only thing, in my opinion, a tweet should have in order to pick up and gain massive exposure relies on 3 ingredients.

It is spontaneous. Fresh. A product of your personality. That can be fun, brutally honest or very emotional. But the spontaneity must always remain.

It is relevant for your main audience. Maybe for your non-fans as well but mostly for the people that follow you. This is important because they are the ones that can ignite the dissemination.

It is now. Not surprising but this that is the nature of Twitter, to be here and now. As you are going to see below, Hilary Clinton made her successful tweet after the past elections when Trump was elected president. Harry Stiles made his tweet on his birthday, and Ellen took her famous selfie right at the Oscars, while she was hosting the show.

The most popular tweets are spontaneous, relevant for their audience and talk about something happening here and now.

Of course, there are more relevant things to take into consideration such the engagement that your account has, because as I said you can have a huge amount of followers and don’t have a great engagement always. This is the case of many news outlets for example; they gather large audiences but the people that compose that audience has different interests, therefore they will only react when something of their interest is tweeted.

Then you also have a geographical limitation and the language barrier. Not all the countries are equally popular on Twitter, and if you want to create an audience in Bulgaria is going to be much harder that if you try on the United States or India. Similarly, if you express yourself in Maltese you might get high engagement but probably not many RT, due to the fact that many people out there won’t understand you. Despite that, of course, you should express yourself in the language that you want!

Regarding the use or pictures or not, as I mentioned in this post, there is a correlation between having a picture and get more engagement (clicks, likes or RT) but the tweets that I’m listing here below escape to that recommendation.

None of the top tweets on 2016 had any image or video attached. Despite all marketers recommendations, last year the most popular were plain text, without images.

The most retweeted tweet of 2016 belongs to the Spanish youtuber elrubius. What did he tweeted? Simply: “Limonada” and one emoji. It has been retweeted almost 1,400,000 times (the first one million within the next 48 hours) and it continues to grow. Hello? The success of this tweet shows how global Twitter in fact is: 80% of twitter users reside outside the United States, being Spain and Mexico two super relevant players on that.

The second most popular Tweet belongs to Harry Styles, who said “I don’t know about you, but I’m feeling 22“. That is a quote from a lyric from Taylor Swift, his ex-girlfriend. The tweet has been more than 713,000 times retweeted.

The third most popular tweet went live on 9 November when Hillary Clinton tweeted: “To all the little girls watching…never doubt that you are valuable and powerful & deserving of every chance & opportunity in the world,”. It was shared more than 665,000 times.

“To all the little girls watching…never doubt that you are valuable and powerful & deserving of every chance & opportunity in the world.”

Ellen still being the author of the most RT tweet in history: Her famous selfie at the Oscars full with movie stars that says “If only Bradley’s arm was longer. Best photo ever.” This one does have a picture and we can definitely say that was part of the key to success.

If only Bradley’s arm was longer. Best photo ever. #oscars pic.twitter.com/C9U5NOtGap

If we go back to 2015, we see that one of the top tweets that year also doesn’t have a picture. In that tweet, President Obama said: Today is a big step in our march toward equality. Gay and lesbian couples now have the right to marry, just like anyone else. #LoveWins. No image, only a long awaited thing that made people RT massively celebrating equal marriage.

Today is a big step in our march toward equality. Gay and lesbian couples now have the right to marry, just like anyone else. #LoveWins

Many people will say the key to gain success on Twitter is being yourself but well, that is not enough if you are an asshole. So I would recommend you to spend time getting to know your audience and then start practicing what works and what doesn’t work for you.

I hope I have entertained or helped you a bit and/or satisfied your curiosity AND if you feel like (and of course, if you don’t think I’m an asshole), follow me on Twitter!